SECTION A: OBJECTIVES
1. The indigenous top officials of king Darius were unhappy with Daniel because he ________ (a) often reported them to the king (b) refused to worship the golden image (c) had an excellent spirit (d) was a Jewish exile (e)was stubborn

2. Nebuchadnezzar decreed that all his subjects must worship the image he had set up whenever _________ (a) they saw him stand before the image (b) they heard the sound of trumpet (c) the angel shout (d) the royal music sounded (e) they heard the king’s voice

3. Contest on mount Carmel was organized to _______ (a) popularize Baal worship (b) prove the power of God (c)shows that God answers by fire (d)prove the immortality of Elijah (e)show the miracle of God

4. Who among the following carried out a religious reform in Judah? (a) Jehoshaphat (b) Moses (c) Joshua (d) Josiah (e)Jehoiachim

6. According to the second account of creation, man was not allowed to eat of the tree _______ (a) knowledge of good and evil (b) that is pleasant to the sight (c) that is good for food (d) of life in the midst of the garden (e) that is bad

7. God remained faithful to his covenant with Abraham when ____ (a) he removed Sarah’s barrenness and she bore Isaac (b) Ishmael received the blessing meant for Abraham’s heirs (c) the twins in Rebekah’s womb struggled with each other (d)Isaac married Rebekah from Abraham’s ancestral home (e) he love his servants

8. King Josiah was inspired to reform the worship of God in Judah by ____ (a)the prophet (b) Hilkiah the priest (c) shapan the king’s secretary (d) the workers repairing the temple (e) the contents of the book of the law

9. The eating of the scroll by Ezekiel was an indication that ______ (a) the prophet like eating scrolls (b) he must digest what is inside the scroll before communicating it to others (c) the content of the scroll should be hidden from the people (d) every prophet should eat the scroll for physical nourishment (e)it is good to eat scroll

10. What was Nehemiah’s immediate reaction to the news concerning Jerusalem? (a) wept (b) prayed (c) fainted (d) fasted (e)laughed

11. The opposition to the rebuilding of the temple was resolved _______ (a) constant prayer (b)Ezra dialogue with the opponents (c) verdict issued by Darius (d)fighting the opponents (e)argument

12. To ensure that Abraham was really broken from his past, God _____ (a) changed his name to Abraham (b) made him a great nation (c)gave him a second wife (d) appeared to him in Shechem (e)gave him faith

14. Which of the following was not indicative of Solomon’s proverbial wisdom? (a) utterance of three thousand proverbs (b) building of a magnificent temple for the lord (c) building temples for his foreign deities (d) judgment of the case of the two harlot (e) peaceful reign

16. The prophet who proclaimed the new covenant of God with Israel and Judah was ______ (a) Hosea (b) Isaiah (c)Moses (d)Ezekiel (e)Jeremiah

17. Hosea teaches that repentance and restoration could be attained through ________ (a) regular Sabbath and peaceful disposition (b) steadfast love and knowledge of God (c)holy life (d) burnt offerings and sacrifices (e) fasting and witnessing

18. According to Amos, true religion consists in ________ (a) attending church services (b) love of others (c) making contribution towards all church programs (d) fasting and making sacrifices to God (e) purity of heart and righteousness

19. The presence of the fourth person in the fiery furnace convinced Nebuchadnezzar that the _____ (a)Jews had many gods to save them (b) Jews were magicians (c) the three Hebrews were angelic being (d) Jews were god worshipper (e) only God worthy of worship is Yahweh

20. Shadrach, Meshach and Abednego refused to worship the king’s image because of their ______ (a) closeness to the king (b) preparedness to die for their faith (c) believe in their power to save themselves (d) unwillness to accept the king’s bribe (e)love for their nation

21. The sons of Eli who demanded raw meat during sacrifice were condemned for _______ (a) eating raw meat (b) taking it by force (c) treating the Lord’s offering with contempt (d) behaving arrogantly before the lord (e)obeying the lord’s commandment

22. The Israelite maid who introduced Naaman to Elisha for healing exhibited _____ (a) charity and faith (b)love and patience (c) trust and love (d) patience and faith (e)all of the above

23. The rain which fell after the contest between Elijah and the prophets of baal shows (a) that the forces of nature were at work in bringing rain (b) the vindication of Yahweh as the true God (c) nature can be commanded (d) Elijah as the powerful servant of God (e)Elijah’s authority over the forces of nature

25. The three Hebrews thrown into the fiery furnace came out unhurt because of their faith and (a) confidence (b) justification (c) intelligence (d)joy (e)love

29. Who among the prophets was referred to as the prophet of doom? (a) Elijah (b) Isaiah (c) Ezekiel (d)Amos (e)Jeremiah

32. “Has the lord has great delight in burnt offerings and sacrifices, as in obeying the voice of the Lord? These words were directed to king (a) Saul (b) Ahab (c) Solomon (d) Agag (e) David

33. The Israelite exile that was granted permission to rebuild the city of Jerusalem was _______ (a) Nehemiah (b) Hananni (c)Zerubbabel (d) Sanballat (e) Ezekiel

34. Jeremiah prophesied that when the Lord enters into a new covenant with Israel, there would be no need for __ (a) anybody to teach his neighbor the knowledge of God (b)forgiveness of sins (c) praying to God (d) anyone to study the law of Moses (e) to read the Bible

36. The Israelites rejected the rule of Samuel’s son because they _______ (a) took bribe and perverted Justice (b) lay with the women at the altar (c) took the sacrifice of God with contempt (d) obey God’s commandment (e) ran away from God

37. Which of the following was not as a result of Saul’s sin of disobedience? (a) destruction of Jericho (b) death of Saul (c) Saul’s frequent mental crisis (d) death of Saul’s children (e) the spirit of God departed from him

38. David spared Saul’s life at Ziph because Saul was ______ (a) the lord’s anointed (b)surrounded by powerful soldiers (c) a brave soldier (d)the first king of Israel (e) was a powerful king

40. Solomon told Hiram , king of tyre, that he had decided to build a temple for the lord because he ____ (a) love him (b) had enjoyed peace and all good things (c) wanted more blessings from the lord (d) wanted to force Hiram to supply the building materials (e)had married Hiram’s daughter

43. One reason for Jeremiah’s condemnation of Israel was that they _________ (a) abandoned their rural life to dwell in cities (b) practiced cultism and harlotry (c) broke their covenant and followed Baal (d) married foreign wives (e) love God

44. Those who made a false report about Daniel were in the end _____ (a) warned and demoted (b) cast into the lion’s den’s (c) were rewarded (d) made to worship the God of Daniel (e) killed by the king

47. Naboth would not give the vineyard to Ahab because it was ___________ (a) under cultivation (b) inherited from his father (c) a fertile land (d) better than Ahab’s’ offer (e) undervalued by the king

50. The cause of the fall of Jerusalem was _____ (a) Josiah’s death (b) the love of other city (c) the military might of the Israel’s enemies (d) the sins of the king (e) Judah’s withholding of tribute to Nebuchadnezzar

51. The Syrian commander who acknowledged the omnipotence of God of Israel after his healing was __ (a) Gehazi (b) ben Hadad (c) Hazael (d) Resin (e) Naaman

53. Elijah called for a contest between him and the worshippers of Baal to _ (a) show that God always answered him by fire (b) prove that the drought could end through sacrifice (c)demonstrate God’s power over Baal (d) show his power (e) show that he could bring rain

55. God prepared Joseph for his leadership role in Egypt through ____ (a) the love which his father had for him (b) the trials and temptations of his earlier years (c) his belief that his dreams would materialize (d)the training received from his father (e) the love of God for him

57. Who among the following deprived God of the honour due to Him by treating the sacrifices with contempt? (a) Eli and Samuel (b) Joel and Abijah (c) Samuel and Samson (d) Jonathan and David (e) Hophni and Phinehas

59. The new covenant was unique because it was __________ (a) written on tablets of stone (b) written upon the hearts of men (c) brought down from Mount Zion (d) issued at God’s own initiative (e) easy to hear from God

1. Explain how the faith of Shedrach, Meshach and Abednego was tested in Babylon.

2. Give four examples of cultural practices which are contrary to the Christian faith in your society.

3. Describe Hosea’s marital experience and how it demonstrates God’s love for Israel

4. What two lessons can you learn?

5. Describe the circumstances which brought Amos face to face with Amaziah, the priest of Bethel.

6. Give two reasons why those who oppose God should be condemned.

9. Narrate the story of Daniel in which his faith was put to test

10. What two suggestions would you give to a present day priest who faces opposition in his work of evangelization?

11. Mention the names of Hosea’s children

12. Explain the meaning of each of the names

13. In what three ways are names significant in our society? 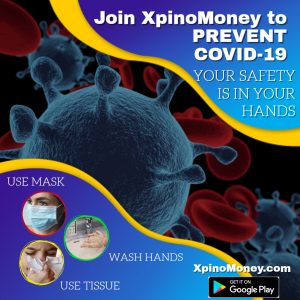 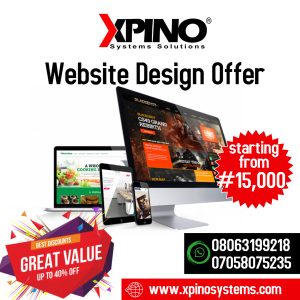