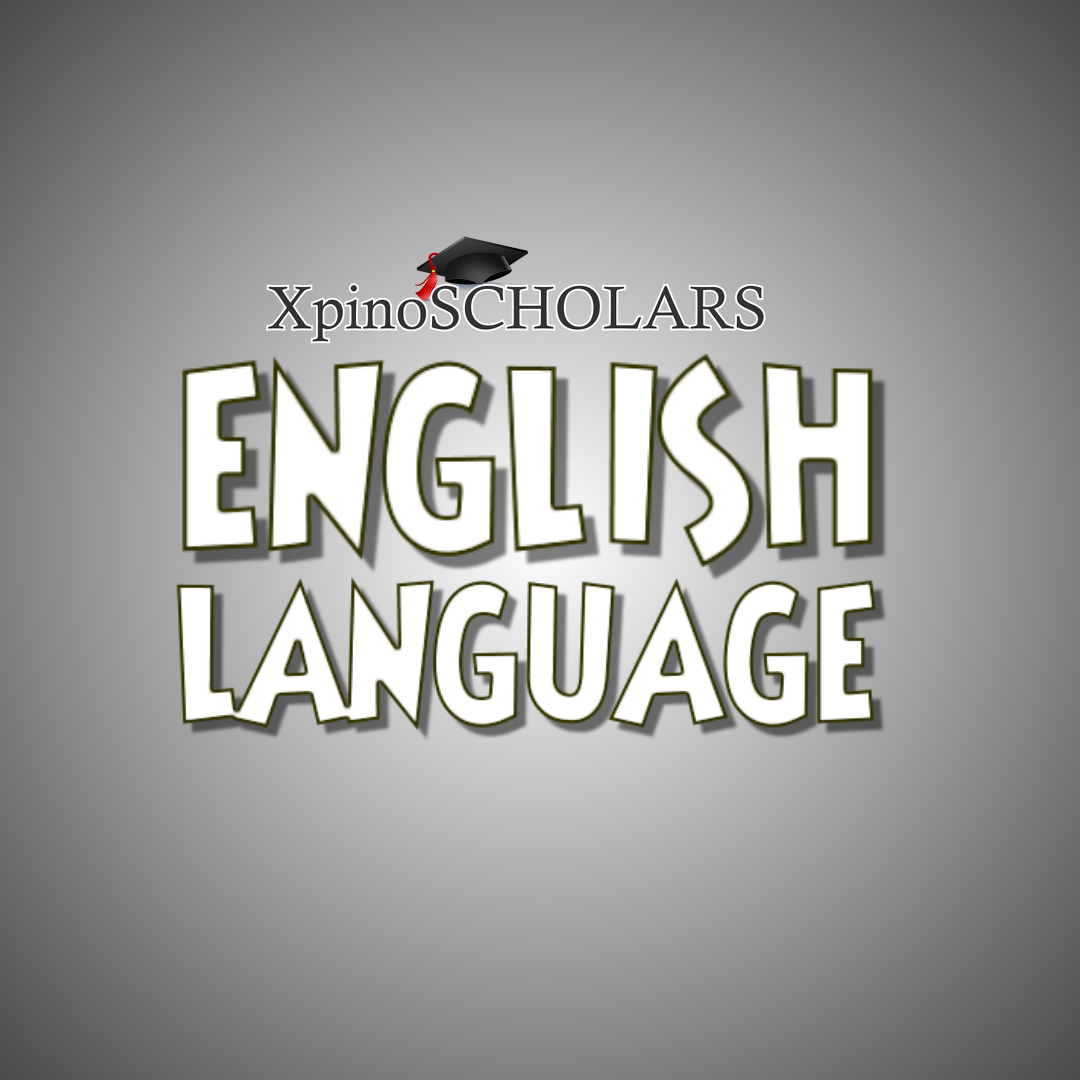 INSTRUCTION: ANSWER ALL QUESTIONS IN THIS SECTION

Diet is the total amount of food consumed by a person. Nutritious food contains all the essential nutrients – protein, fat and oil, vitamins etc. a balanced diet should contain all these in the right proportions and sufficient quantity. The word diet implies a particular intake of food for health or weight management reasons. Every person or culture has some preferences or taboos about food due to morality, personal taste or religion.

Nutrition is the provision of materials in the form of food to an organism to support its life. Food is a thing which when eaten and digested can be used by the body to provide energy, or substances that help in body building and repair or in the preservation of health. Food includes many things we eat and drink.

Foods may be grouped into types according to whether they are (a) solid or liquid, (b) local or imported, (c) cereals, vegetables or fruits, and (d) eaten raw or cooked. Solid foods are yam, rice, bread and beans. Examples of liquid food are milk, cocoa drinks and fruit juices. Local foods can be sourced domestically e.g. Sweet potato, guinea corn, yam and beans. Imported foods are stock fish, milk, pasta and cheese. Foods that can be eaten raw include lettuce, pawpaw, cucumber and carrot. Those that can be cooked are yam, rice, meat, fish and potato. Foods can also be grouped into classes based on the chemical composition of the food and the nutrients present in the food. Accordingly, foods are grouped into six classes, namely carbohydrates, proteins, fat and oils, vitamins. Carbohydrates are composed of carbon, hydrogen and oxygen and the ratio of hydrogen to oxygen is 2:1. Proteins comprise carbon, hydrogen, oxygen and nitrogen atoms. They may also contain sulphur and phosphorus. Proteins are body building food. Fat and oils are composed of carbon, hydrogen and oxygen atoms. Fats are solid at room temperature while oils are liquids at room temperature, but their chemical compositions are similar.

A poor diet may have a serious impact on a person’s health, causing diseases such as scurvy, kwashiorkor, obesity, diabetes and heart conditions. It is best to eat a wide variety of foods, especially fresh, unprocessed foods.

Questions
1. What should a balanced diet contain?

2. Mention three things that can affect the preference a person or culture has about food.

3. Give two examples of food that can be eaten without being cooked.

4. Which food class can be solid and which can be liquid at room temperature?

5. Mention two things that should not be regarded as food.

7. According to the passage, which of the following does not contain nitrogen atoms? (a) proteins (b) fats and oils (c) meat (d) beans (e) rice

8. The word unique as used in the fifth paragraph means (a) inclusive (b) matchless (c) common (d) replaceable (e) quest

10. Which of the following food sources is responsible for the repair of damaged cells? (a) proteins (b) carbohydrates (c) vitamins (d) fats and oils. (e) starch

Choose the best words out of the following to fill the blanks.

24. To sign off a formal letter, you write: (a) your friend (b) my heart (c) Yours faithfully (d) yours sincerely (e) gbabeski

Underline the nouns in the following sentences and write down the type of noun.

25. Texas is the largest city in America.

26. She has a necklace around her neck.

28. Love is a beautiful thing.

29. The principal is Mr Oseni

31. The vowel sound /i:/ can be produced in all of the following except ONE.

32. One of the following is not a monophthong.

43. Which of these is a feature of prose? (a) It has rhyming scheme (b) It involves dialogue

(c) It is written in paragraphs and chapter (d) It predicts the writer’s mood (e) it is written by an author.

Choose the word that has the same sound with the one represented by the letters underlined.

INSTRUCTION: Answer one question in this part

1. Write a descriptive essay on: my first day in a secondary school.

2. Write an expository composition on ‘our new house.

INSTRUCTION: This question is compulsory

Underline the adjectives in the following sentences and write down the type of each one.

i. She is an efficient secretary.

ii. The man has ten cars.

iii. Which house is yours?

iv. This is a blue boat.

v. She left everything to her children.

Answer one question from the under listed

1. Write short notes on the following:

ii. what are the importance of literature?

Ekwefi has suffered a good deal in her life. She had borne ten children and nine of them had died in infancy, usually before the age of three. At last Ezinma was born and although ailing, she seemed determined to live. At first Ekwefi accepted her, as she had accepted others. But when she lived on to her fourth, fifth and sixth years, love returned once more to her. In other to love and nurse her child to health, she put all her being into it.

She was rewarded by occasional spells of health during which Ezinma bubbled with energy like fresh palm wine. At such times she seemed beyond danger. But all of a sudden she would go down again. Everybody said she was an Ogbanje. These sudden bouts of sickness and health were typical of her kind. She had lived so long that perhaps she had decided to stay. Some of them did become tired of their evil rounds of birth and death or took pity on their mothers and stayed. Ekwefi believed deep inside her that Ezinma had come to stay. She believed because it was that faith alone that gave her own life any kind of meaning.

2. Why did Ekwefi love Ezinma? (a) Ezinma seemed determined to live (b) Ezinma was a bright girl (c) she was a kind girl (d)because she was a hard worker (e) she was like her

4. According to the writer, Ekwefi believed her daughter would live because ____ (a) she had no other choice (b) Ezinma loved palm wine (c) Ezinma was very energetic (d) doctors had found a cure for her illness (e) she was fat.

Complete this summary with suitable phrases from the passage.

Read the following text and decide which answer (a, b, c, or d) best fits each space

Okonkwo’s children were______ especially their hair which was shaved in ____ patterns.Okonkwo’s three wives talked_______ about_____ who had been invited and the children_____ in the thought of being spoilt by these visitors from motherland. The new yam ________ seemed to okonkwo to be a much bigger event here than in a place which was already ________ and vague in his__.

Pick the antonyms to the underlined words from the alternatives below

28. He was induced to take that decision. (a) indisposed (b) dissuaded (c) disinclined (d) encouraged (e) told

30. The demise of the president caused a stir. (a) death (b) birth (c) arrest (d) transmutation (e) uselessness

Use the words in the list below to complete the expressions: (heap, slice, group, bouquet, pair)

In the sentences below, indicate whether the underlined verbs are transitive or intransitive.

36. The girl of yesterday did the work.

37. The children are leaving today.

40. The teacher paused for a moment.

41. Adekunle fought like a lion on the field. This is an example of

42. Which of the following is personification?

44. Kemi is a parrot. Which figure of speech is this? (a) oxymoron (b) satire

Choose the word that has the same sound with the one represented by the letters underlined.

Choose only one of the following essays.

1. Write a narrative composition on ‘the day I will never forget’.

2. Write a letter to your principal complaining about lack of duster in the classroom and its effect on the children.

This part is compulsory

Indicate the type of adjectives in the sentences below:

ii. This is my second time in Paris.

iii. Folake invited many people to her party.

iv. The old woman is indeed a kind woman.

Answer one question from the under listed

1. Write short notes on the following

INSTRUCTION: ANSWER ALL QUESTIONS IN THIS SECTION

The people of Ama village, Ohia hamlet and other nearby hamlets used to come to Mr. Okafor to get him to write letters to their relatives in different parts of the country. He wrote for them at least fifteen letters each week. It was just at the beginning of term that Mr Okafor had an idea. People everywhere were writing to their relatives in the army asking them to come home quickly as possible. Mr. Okafor could not cope with the demands being made on him so he made Eze come to school every Saturday to write letters for the people who wanted them written. At first, people only laughed when Mr. Okafor told them little Eze would write their letters for them. But being a clever man, he wanted to prove to them that Eze could write anything they said. So he made Eze write the writers in the school and when he finished each, the owner went with it to Mr. Okafor’s house. There, he read what Eze had written; the people saw that he wrote what they said word for word- their sentences, exclamations, idiomatic expressions and proverbs. Soon they were convinced that he was good; some said he was as good as Mr. Okafor himself.

3. The people laughed at Mr. Okafor because_________(a) they didn’t believe a small boy can write (b) they liked the letter heads (c) they came to enjoy a party (d) the letters were funny (e) the hand writing is bad

4. According to the writer, Mr. Okafor was___ (a) a busy man who understand the people’s needs (b) a lazy man who hated extra work (c) a harsh man who forced Eze to come to school on Saturdays (d) a proud man who felt he was very good (e) a womaniser

Make adjectives from the following words and use the newly formed words in sentences.

Choose the best words from the list of words below,  that can suitably fill the blanks.

Choose the correct conjunction for the sentences below.

(Since, Wherever, Because, While, Where)

From the items below, choose the option that could be used to replace the phrases underlined in each of the following.

Fill in the gaps with suitable words

From the words lettered A to D, choose the word that has the same vowel sound as the one represented by the letters underlined.

INSTRUCTION: Answer ONE question in this part.

1. Write a letter to your mother who is overseas telling her about the problems you are facing in school and at home.

2. Write a composition on the topic: ‘’what I want to become in future’’.

GRAMMAR
This part is compulsory.

Fill in the gaps with appropriate possessive pronouns in the following sentences.

Answer only one question from each book

The ugly ones refuse to die

1. Narrate how Jude became the presidential candidate of his party

2. Discuss the characters of

4. Write on the theme of corruption with reference to happenings in the book.