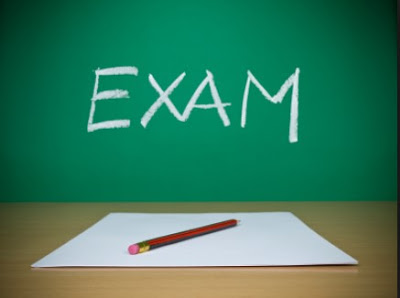 The chalkboard is by far the commonest teaching aid used at virtually all levels of education from the nursery to the university. It is the most enduring teaching aid and perhaps will be the most difficult to replace. In the advanced countries of the world, it is being threatened by the overhead projector. However, the overhead projector requires constant supply of electricity-which is one reason we cannot rely on it yet. The chalkboard used to be black, which was why the name “blackboard” stuck for ages; but today, there are boards for various colours: blue, green, even white.

Now, most chalkboards are made of wood nailed to the wall, instead of the concrete board made of cement and fine sand that was more common. Some are also made of metal. The chalkboard has the advantages of low cost, availability and ease of maintenance, usually involving mere cleaning and occasional retouching of the surface with the renovator. However, if the board is metal, the felt marker should be protected against drying by replacing the AP when it is not in use. The major drawback in the use of the chalkboard is that the information on it can only be temporary. If there is only one board for the class, it is usually impossible to leave the information there for more than a few hours, since other teachers would want to use it.

It is not easy to draw complex diagrams showing minute details, such as parts of the body and contours, unless one is a good artist. Where one has succeeded with the laborious illustrations, using different colours, it could be painful when the board has to be cleaned by the next teacher. However, there are nowadays various innovation, including foldable boards made of plywood, which allow teachers more room to leave their material for longer period.

.(i)  what figure of speech is contained in this    expression?

(f)   For each of the following words, find another word or phrase which means the same and which can replace it as used passage

20. Marian does not have the stamina to run that race (a) courage (b) energy  (c) determination  (d) ability

An example is given below :

In the following passages, the numbered gaps indicate missing words. Against each number in the list below each passage, four option are offered in columns letter A to D. Choose the word that is the most suitable to fill the numbered gaps in the passages .

In recent times, more and more people have become aware of the ____31____ of the stock market and the possibility of making huge profit from investing in stocks and shares. The process is quite easy. A person either buys the shares directly during a public ___32______ or does so through professional institutions or a parts known as stocks _____33____. Thereafter, the buyer is issued with a share ____34___ to show that he owns shares in the company.

Investing in stocks and shares can be for a long or short term. A long term investor does not hurry to sell his shares at any slight increase in price but instead he is satisfied with the _____35__ which the company sends to him and other ___36____ annually from the ______37____ it declares. This is usually paid according to the number of ___38____ the investor holds. Those who invest for a short term, on the other hand, sell their shares as soon as they can make reasonable profit from their investment.

You are advised to spend about 40 minutes on this section

Read the following passage carefully and answer the question on it

The announcement in 2011 that the world population had hit seven billion mark seemed to have taken many people by surprise. Most people wondered how humanity could have grown by a billion within phenomenal increase. Let us examine the factors that have prompted the rise in population. To begin with, think of the health facilities obtainable some centuries earlier compared with now. Man’s knowledge of medical care was appalling some centuries ago.  Today, with medical centre within easy reach of most people, and with drugs available to combat virtually all forms of diseases, death rate has been drastically reduced, while life expectancy has risen significantly in most countries. This has caused the great reduction in infant mortality and subsequently increased the number of senior citizens. Similarly, there is the vital role of education. The spread of education has created a great level of awareness about human welfare and health. Even primary school pupils know the dangers of drinking unwholesome water, living in an unclean environment and ignoring simple rules of hygiene. Besides, education has deflated the various myths and superstition have pervaded our father’s lives. Nutrition is also a significant contributor. As agricultural practices continue to be aided by serious research efforts, and as tools for farming the land continue to be more available, food supply has been greatly enhanced in an unprecedented way. Today, more food crops can be available on less land area than was the case. Thus, the monster of hunger that used to cause starvation and death is being progressively tamed

Finally, think of the relative security humanity has enjoyed in the past few decades. In the past centuries, major wars were a common phenomenon. Was that ravaged Europe and Africa for many decades have almost been forgotten. Although there are still some skirmishes in some parts of the world, these have not been serious enough to bring about a significant change in population. What is then is the net result? Each factor translates to healthier, safer and longer life. Consequently, our population multiples at a consistent rate. So, we need not be surprised that world population is seven billion may have double the present trend continues unabated, the planet Earth may soon become too small to house mankind. For example, arable land may be grossly inadequate to support food production for the very large population. Also, if the population continues to grow unchecked, there will be too many people who may contribute to polluting the environment. Just imagine the amount of waste that would be generated daily by homes, industries and institutions. These waste and debris, if not collected regularly and disposed of properly, may lead to environment degradation. We should, therefore, watch it.

(a)       In four  sentences, one for each, summarize the factor that have prompted the rapid increase in

(b)       In two sentences, one for each, summarize what is likely to happen if the population continues to grow unchecked.

Your answer should not be less than  350 words long